A Lesson in True Endurance 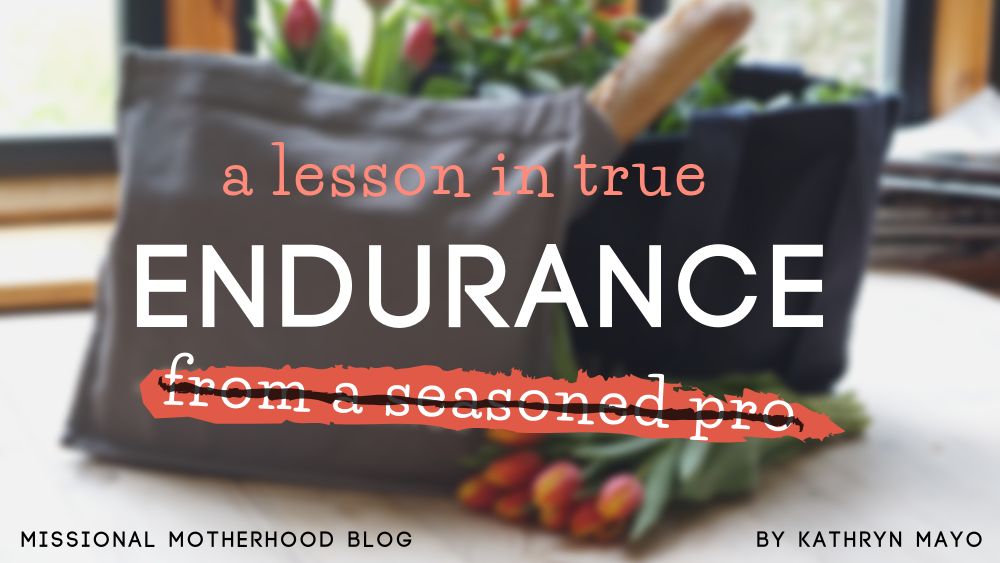 When I think about endurance, I am reminded of a moment from a few years ago. You see, I am not the variety of woman that throws kids into the car and then goes grocery shopping. Oh no. I text lists to my husband and let him shop in peace, with hopefully fewer impulse buys. But there comes a time when I reach desperation, and a trip must be made.

Oddly enough, as much as I resist leaving the house, if we are going to go somewhere, I become the opposite personality and decide that we are LEAVING THE HOUSE AND RUNNING THE ERRANDS. This makes the hard-fought but well-earned trip back into the house after several hours’ absence a satisfactory experience, because now I’m being “efficient.” I’m also convinced that I’m training for the moment when “Carrying Bags From The Car” finally becomes the Olympic sport it should be, and it was from this proud place of carrying not only several grocery bags, but two backpacks, and a large toddler that I discovered a difference of opinion in my four year old. I had asked him to carry his (very lightweight, I might add) backpack and a small bag of groceries into the house. After a few steps, he turned to me and said, “Mama, it’s too much. It’s too heavy. I can’t do it. You need to do it.”

I don’t remember now what my first response was, but it ended with, “Son, you have need of endurance.” (Look at me…quoting Hebrews 10:36 to my four year old.) To which he replied, “Mama, what’s endurance?”

Again, I don’t remember which answer I gave to satisfy him at the moment, but I later went to my Strong’s Concordance to see what the original word for endurance meant. When I think of endurance, I think of plowing through, forging ahead, carrying on.  But did I understand endurance as God meant it?

‘Cause you know what I found in Strong’s? Endurance isn’t there. Enduring, endured, endureth—yes.  Endurance—nope. Eventually I found the word that was the base, and it was…

Of course…patience. The primary word is hupomoné, which means cheerful or hopeful endurance, constancy, patient continuance, waiting. It comes from two root words: hupo (under, of place/beneath) and meno (to stay, as in a given place, state, relation, or expectancy.) It literally means to cheerfully or hopefully stay under. This has not been my attitude about endurance. A little bit about me so that you’ll understand: my father died suddenly when I was 12. I don’t remember much about those first few years, but my mother later told me that for that short time, I became the head of the house as she battled depression. When I was 29, my mother passed away after a four year battle with breast cancer.  Finally, in the early years of my marriage, I had four miscarriages. Mine is a life shaped by the deaths of those I love, and I hate to confess it, but it has resulted in a habit of guarding my heart, of easily gritting my teeth and plowing through, but without cheer or evidence of hope. Even with the knowledge of God’s faithfulness, this endurance became my default.

But THIS endurance is a work of the flesh. It IS NOT the endurance God says that we need. THAT endurance can only be a work of His Spirit. The flesh will only remember the hurt and miss the grand scheme. It will forget that God is goodness itself, and that we have cause to be cheerful and hope in His goodness…even while staying under a place of pain or difficulty or the mundane.

The hupomoné endurance is the one the Bible points to in James when it says, “You have heard of the endurance of Job and have seen the outcome of the Lord’s dealings; that the Lord is full of compassion and is merciful.” (James 5:11) This kind of endurance points others to the Lord’s goodness and faithfulness in the midst of pain.

It is my prayer that God continues to teach me His endurance, for I have need of it. And my children have need to witness it. Not only because there will be places of suffering in their futures, but also because mama really can’t carry all the bags by herself. 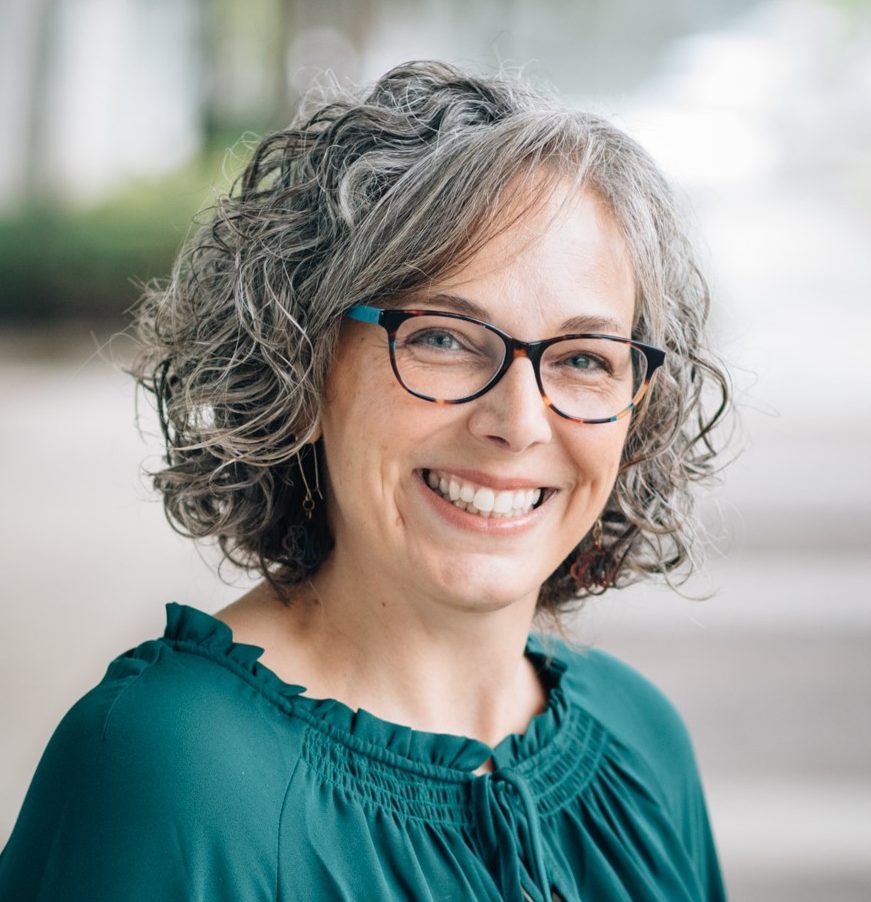 Kathryn is a veterinarian by profession, but spends more time being a wife, mother, storyteller, playwright, drama teacher, DIY crafter, and home keeper.  She is married to Donny, who heads up Shepherd’s Haven (a ministry to adults with special needs), and she is mama to two awesome boys: Jonah and Caleb, who constantly remind her to depend on the Lord.  Were you to spend the day with Kathryn, there would likely be a huge dog in your lap at some point, a dance party in the kitchen, a craft covered table, dishes and laundry (because they NEVER go away), laughter, and a conversation about parenting and what the Lord has been up to, either through His word or in her/your life.  Her ultimate desire is to be used by God to bring glory to His name and for all in her circle of influence to desire more of Jesus, not less.