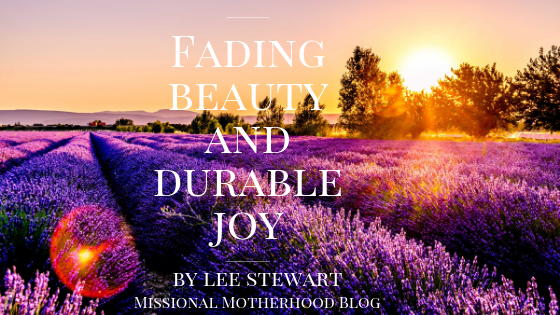 In 2018, I felt like all I did was hear about something new that was wrong with me. Nothing especially dramatic, but just enough to remind me that “outwardly we are wasting away,” and joy is more durable than youth.

I’ve got a little more time left in my thirties, but sometimes it feels like I may as well put on sweatpants indefinitely and give up. It began in January with a diagnosis of hypothyroidism, which meant starting medication. This was just months after I had thought, “I’m so glad I’m not on any regular medications!” Pride goes before a fall, you know. It was at least nice to have an explanation for some of my symptoms. If you know anything about hypothyroidism, then you know brain fog and fatigue can be a big issue. It’s like someone whacked several numbers off your IQ and then stunted your energy levels. So you feel dumb and tired while none of your pants will button. No one signs up for this.

By February, I was dealing with strep throat and a case of hives, thanks to my first allergic reaction to amoxicillin. By July, my thyroid numbers had quadrupled, which meant instead of getting better I was getting worse.

A few months later, in an effort to punch negativity in the face, I decided to train for a marathon. I needed a goal and a way to experience measurable progress in the midst of measurable decline.

Then in the fall, a biopsy confirmed basal cell carcinoma on my face. I was told I would have Mohs surgery which would leave a scar, but would probably not be extensive. Then I heard the words plastic surgeon and disfigurement tossed in as possibilities. They told me not to worry though because the outcome for basal cell is great when caught early. But I had unknowingly neglected this little bump for somewhere around 8 years. I am usually a classic worrier/over-thinker/analyzer, but in this case it had not occurred to me to do any of that. In fact, the reason I ended up at the dermatologist in the first place was because of a different bump that turned out to be fine.

God loves to upend our sense of control!

Then came Google. If Google tries to enter your life when you’re afraid, then she might be the devil at your fingertips. There’s a difference between a healthy pursuit of information and an unhealthy fixation. In vulnerable times, it is good to have someone else help us make those distinctions. By the way, Google is not a medical professional.

The truth is there was no way to know how extensive my procedure would be until surgery day on December 3rd. I wish that fact had been enough for me, but instead I spent too much time clamoring for information in an effort to “know” the future. I should have clamored for insight into God’s character instead.

On the morning of December 3rd, I opened up Morning and Evening by Charles Spurgeon. The first sentence was Song of Solomon 4:7 which says, “There is no spot in thee.” I laughed! Are you giving me a heads up, God? Are you saying this will end well? Now I know I applied that scripture out of context and it has nothing to do with skin cancer. But I was no less amused.

Spurgeon went on to say, “If He had but promised to remove all spots sooner or later, we would have eternal reason for joy. But He speaks of it as already done…Oh my soul, here is marrow and fatness for you…Christ Jesus has no quarrel with His spouse…He does not allow her faults to affect His love…Our precious Husband knows our silly hearts too well to take any offense at our ill manners.”

God seemed to be addressing my fears over my surgery as well as my remorse over my Google searches and distrust in Him.

My surgery went well and without drama. God owed me none of this! He can glorify Himself through a one-eyed face just as much as a regular face. But He tested my faith to the degree He saw fit for now. I don’t know what health problems may come later, but I know Who is with me when they do.

Do you feel old? Do you notice how much collagen other people have in their faces? Do you wonder if it’s okay to care about your body or does it simply mean you’re vain?

Last summer I read N.T. Wright’s book Simply Christian. In it he says, “God’s plan is not to abandon this world, the world which he said was ‘very good.’ Rather, he intends to remake it. And when he does he will raise all his people to new bodily life to live in it. That is the promise of the Christian gospel.”

Jesus did a bodily thing when he came in flesh and bone as a vulnerable baby. He became a man and experienced physical torture to the point of death. And then He was raised, his whole body resurrected. The resurrection is emphatic—these bodies matter. These bodies were not meant to be ill and old, crushed slowly or suddenly by death. Your body is part of the Plan.

In the beginning, God called His works good and that’s why we wince when we see them declining. If you’re like me, you also wince out of vanity! But in either case, we know decay is not God’s original order. You were not meant to waste away, and if you know Him, your body will be made new one day. Meanwhile take heart because your inward self is being renewed already. (2 Corinthians 4:16)

So while you work through whatever medical problems you may be having, whether debilitating or minor, just remember where you find joy. Revel in the durability of that joy and let your laugh lines do their thing. 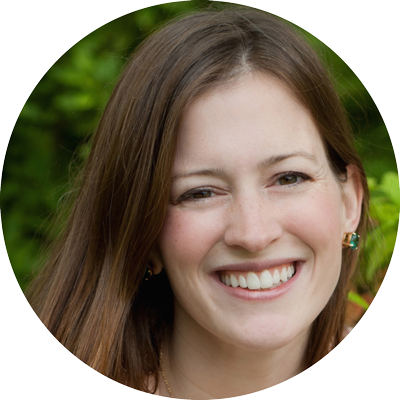 Lee is the wife of Josh and the mother of three. She’s a pianist, a baker, a runner, and a recovering perfectionist. Motherhood, to her, often means finding beauty in the minutiae and grace in the big picture. Writing helps her find those things a little faster. Lee believes God’s truth seeps into everything from the duty of a simple laundry load to the making of little disciples. She loves being a mom because it takes her through deep waters and plenty of silliness, all in a day’s work.