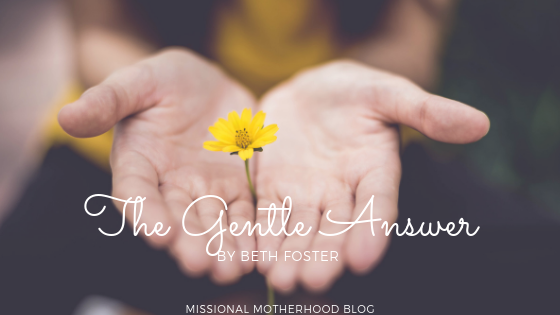 Sitting down at a table in the mall food court, I frantically typed on my phone, pressed send and anticipated that glorious “ding!” sound that I so longed to hear! As I anxiously waited, I quickly passed out my children’s food so they could start eating. I was too excited to eat my own lunch I had just ordered. As I heard that “ding!” again I nearly jumped out of my chair. It was a message from my husband, a Naval officer, on the other side of the world whom I hadn’t seen in the seven months since he deployed. A real back and forth “conversation”– even if just over email–  was thrilling! I had no idea where he was or why his ship had been delayed from returning home, but I was communicating with him! I was nearly brought to tears as I was able to read that he was doing well, and I was able to fill him in on some things that had been going on at home since he had been away.

Sure, in those seven months since he had been gone we had emailed and even had the occasional phone call, but those were rare occasions. I never knew if an opportunity to communicate with him would come at 2:00 am or out at the mall on a Saturday, but when it did– I dropped everything for a little taste of normalcy; I got to “talk” to my husband today!

After about 15 minutes of back – and –forth typing, he had to go. My children, all the while, had been obliviously eating their chicken nuggets and fries while I had a moment to connect with their daddy. That’s when I heard a woman behind them exasperatedly exclaim to her friend, “I feel so bad for those little girls. What a mother to take them out to the mall just to ignore them and be on her phone the whole time. . . and I hope she heard me!” I looked up from my phone for just a moment to see an older woman scowling at me.

I was completely shocked. Surely, she didn’t mean me? I had moved to that town just eight months prior, only two weeks before my husband shipped out. I knew no one. I had spent every second of every day of the last seven months as my children’s sole caregiver. There was the time about 6 months ago when I took them to an amusement park a few hours from home, and one child got food poisoning halfway through the day — dealing with that landed only on me. Three months ago when I had a child whose doctor told me she either had tuberculosis or cancer — dealing with that landed all on me (side note: turns out that she had neither and is totally fine). The time last week when the dog died and I had to talk the kids through it – all me. The clothes they were wearing that I sewed myself– all me.

Of course, I’ll be the first to admit that I am not perfect – far from it. But for a person to take one snapshot of who they thought I was as a mother and so hurtfully want me to know that they believed I was failing or neglecting my children was one of the most wounding experiences of my life.

I could have stood up and told the woman why I was on my phone. I could have embarrassed her in the food court of this busy mall. I could have done a lot of things that I really wanted to do, but I didn’t. I actually didn’t even correct her. A passage came to mind- Proverbs 15:1 – 4.

A gentle answer turns away wrath,
but a harsh word stirs up anger.

The tongue of the wise adorns knowledge,
but the mouth of the fool gushes folly.

The eyes of the Lord are everywhere,
keeping watch on the wicked and the good.

The soothing tongue is a tree of life,
but a perverse tongue crushes the spirit.

Especially in this age of social media we are faced nearly every day, sometimes multiple times a day, with the choice: are you going to turn away wrath or stir up anger? Watch any adorable viral video online these days– whether it’s a baby playing peek–a–boo or a dog fetching a stick, someone in the comments section is stirring up anger. It’s so easy these days with people being able to hide behind the screen they type on, to forget that there are people and circumstances on the other side that you just cannot know.

Just as Christ died on the cross for me and has extended grace and forgiveness to each of us when we were/are so underserving, this was one opportunity that God gave me to extend grace to this woman. To tell the truth, I wanted her to be embarrassed, but I also wanted to turn away wrath. While I don’t believe in being a doormat, I do believe that this was a chance to show someone grace when they deserved none.

As mothers, our choices are under constant scrutiny- often by other women. All of us know what it’s like to have our choices scrutinized. When the roles are reversed, and we are able to either support another mother or degrade her for her choices, which one will you choose? Whether behind closed doors, or typing on your phone, or out at the mall food court, I pray your answer will always be the gentle answer.